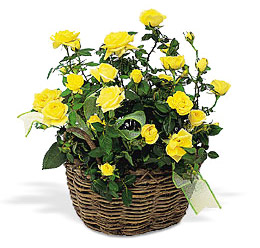 The first president of the United States was about to be inaugurated. And a busy time it was indeed. George Washington had a thousand demands upon his time, an endless array of things to be done at once.

Yet, on that eventful trip to New York to take the oath of office (the Capitol at Washington, you remember, was not built until four years later), Washington took time to go to Fredericksburg to see his mother. And as a token, he bore the one thing that he knew would give her greatest pleasure -- her favorite flowers.

Washington's mother was eighty-three that spring. Her boy was fifty-five. It is safe to venture that never had she known a prouder, happier moment than that morning when she stood, clasping her treasured flowers, watching George's stately carriage wheel down the driveway and out of sight.

Many years later Washington wrote: "That day a guardian angel led me to my mother's home. I had felt that I could not, must not take the time to visit her. I told myself that I would stop by later. But something within me kept saying 'She is your Mother. Her love and care for you knew no limitations. Stop for her blessing now -- not later!'"

There was no later! That was the last time George Washington ever saw his mother alive. The thought of those flowers, given while their cheery fragrance could tell a story of devotion, comforted the Father of his Country to the very last days of his life.

Source: Better Homes and Gardens, circa 1926

A professional florist can deliver flowers to your mother, in any town or city. A moment's thoughtfulness now, will give her many hours of pleasure. So, call or visit your local florist today! Or, shop for Mothers Day Flowers and more Mothers Day Flowers online to show her just how special she really is!