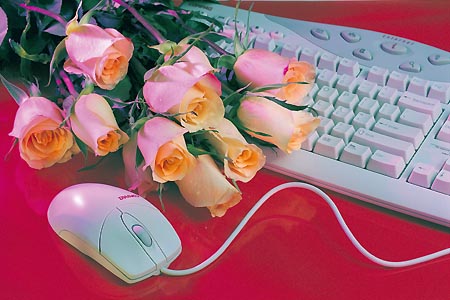 A recent survey found that 86 percent of American workers believe that being thanked for a job well done is extremely or very important. But far fewer say their efforts are acknowledged on a regular basis. The survey findings pose a timely question for the newly named Administrative Professionals Week (AP Week): Have bosses forgotten office etiquette? Or is the lack of appreciation due to lack of time? In today's hectic workplace, the moment to say thanks can be quickly lost. But a simple "thank you" can go a long way to motivate employees and build loyalty. AP Week offers an ideal opportunity.

Some managers are unsure about giving 'thank you' gifts in the workplace. Some may even worry that flowers or an invitation to lunch will be taken the wrong way. But a nationwide survey doesn't bear out those fears. In fact, just the opposite is true. Far from being offended, support staff are even more interested in workplace recognition during Administrative Professionals Week than managers may think. That's not because managers are cold-hearted, just a little confused. For instance, although 84 percent of support staff said they feel "positive" about receiving flowers during the week, slightly fewer managers (75 percent) thought their staff felt this way.

The Society of American Florists, who commissioned the surveys, offers these tips to help smart managers:

In the spring of 1952, National Secretaries Association (International) President Mary Barrett and C. King Woodbridge, President of Dictaphone Corporation, were working together on a council to address the national shortage of skilled office workers. Together they formed a plan to ask United States Secretary of Commerce Charles Sawyer to proclaim a National Secretaries Week.

With the help of Washington friends and Mr. Woodbridge's enthusiasm and financial assistance, the dream was achieved. Secretary of Commerce Sawyer proclaimed the first Secretaries Week (then called National Secretaries Week) June 1 through June 7, 1952, with Wednesday, June 4, as Secretaries Day.